Mashable Employs An Old Adsense Strategy... And It's Working

02 Apr Mashable Employs An Old Adsense Strategy... And It's Working

I'd like to start out by saying that I love Mashable. I see their posts on my FB feed multiple times per day, and click at least 1-2 and read and skim. According to some sources, they put out up to 30+ posts per day, but promote double that on social media. (Huffington post is rumored to put out 1200 posts per day!)

Here is a rundown of the top content producers. More are popping up all the time!

Back to Mashable. They have millions of followers on social media, and many of us techies go there daily. So they sell advertising! With their traffic and ads, I'm sure they do ok on that end.

As an SEO, I've learned from Google that ad placement and how ads are presented (with a title) will affect your site's visibility in the search engines. If Google's algorithm predicts that a page with Adsense is providing a bad user experience as a result of poor use of the ads, then organic rankings get dinged.

So let's look at their homepage strategy: 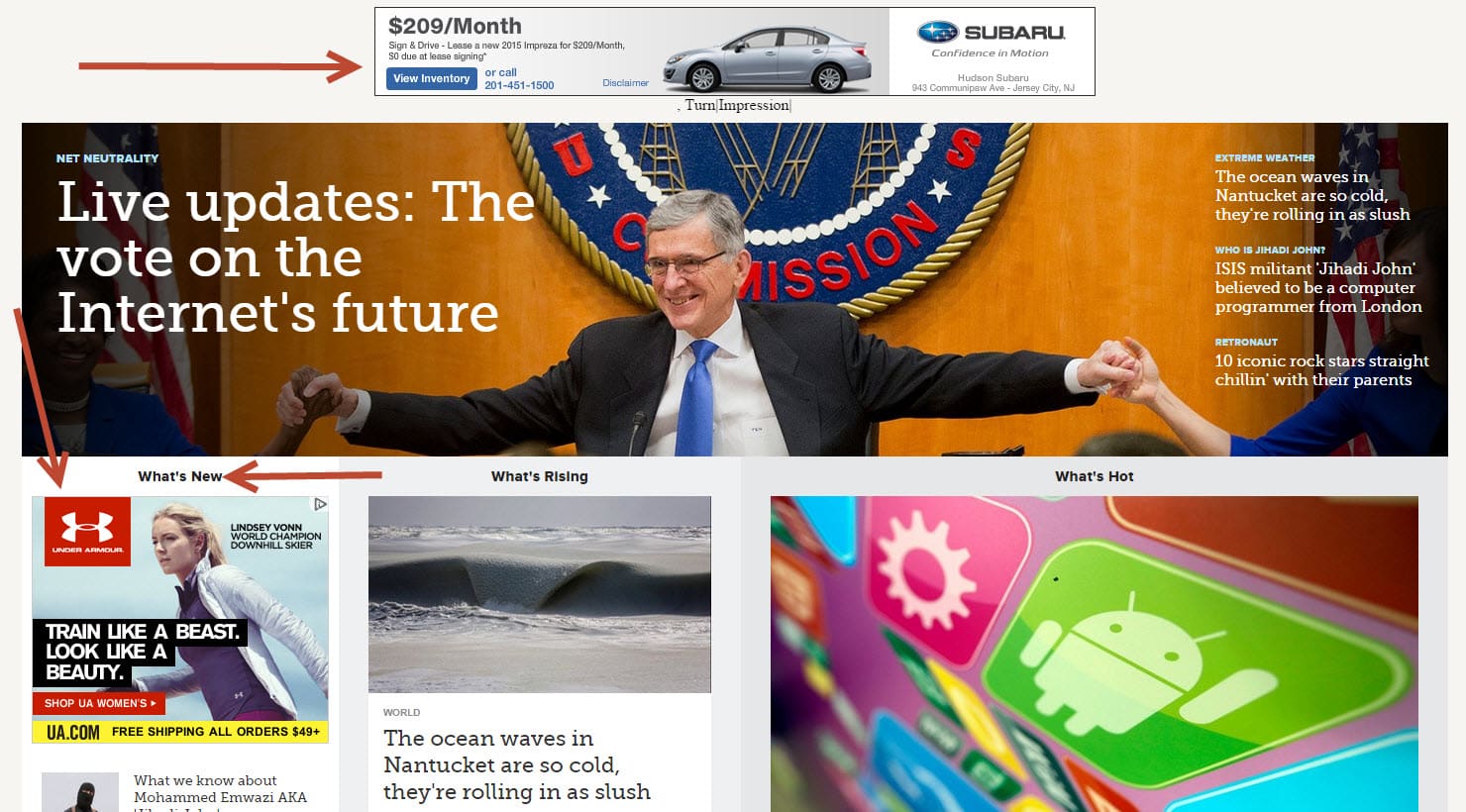 1. 2 ads are located above the fold. The first one is pushing down all of their content. There is good content below the ad that you cannot see because it is below the fold of most browsers. A positive here is that they have content to the right of the ad (but studies have shown that the human eye will start top left, and scan to the bottom right (the power corner). So why would they waste the 2nd best real estate on an ad? Revenue of course. I will say that the ad is not really intrusive. But from what we as SEOs have learned, this traditionally is not best practice.

2. Check out the Headings: What's New, What's Rising, What's Hot - They are blatantly presenting the ad as their own featured content. That will garner clicks off of their site, and will generate revenue. Great strategy, but too me it seems a bit gray-hat.

Content monsters are still employing older tactics, because they work. Where we draw the line on what is good practice and bad practice will only be dictated by Google.

Here is their latest guide on how to and how not to place their ads around your content:

To learn more about Google Adsense best practices for beginners, the guys at Distilled put together a nice post about it.

One caveat that should be mentioned. In this study done recently by Conductor, it clearly shows that that SEO plays a very low key role in Mashable's digital strategy. They get most of their traffic from social media, and write about social media 58 times more than SEO! So it doesn't come as a shock that their pages are setup more like PPC landing pages and generate great revenue from current tactics. 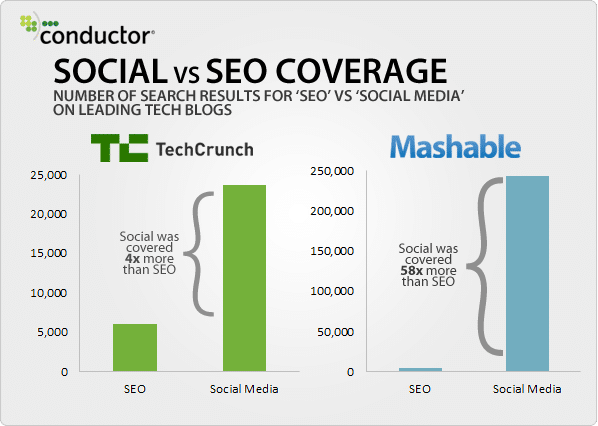 Sorry, the comment form is closed at this time.

Get in touch now to get a free SEO audit report.
Get In Touch